Over the next few weeks I will be sharing the Bonus chapter that never made it into the new version of my Amazon #1 bestseller in menstruation, Moon Time: harness the ever-changing energy of your menstrual cycle.

Read part one: Welcome to your Womb… 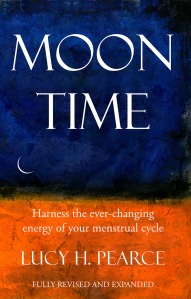 Every year, according to Dr Eve Agee, in the Uterine Health Companion, over 600,000 hysterectomies take place in the United States.

Whilst 10% of hysterectomies are for cancer, the remaining 90% are for benign conditions such as fibroids and endometriosis. Hysterectomy is the second most common surgery after caesarean sections. Both major surgeries. Both on the very same part of the body: the womb.

The Western medical model, it seems, has declared war on the womb, surgically correcting and interfering with it, in order to save women from their own organs.

This is not a judgement on women who have had hysterectomies. But a big question mark over the system which deems these operations necessary. And a culture which makes women’s bodies suffer to the degree that half of the population need an integral part of their bodies removed with such regularity.

In many cases these surgeries are life-saving for women – and for the babies they are carrying.

But what is going wrong?

Mammals have had wombs for hundreds of thousands of years. Women have given birth for this time. They have menstruated for this time. Wombs are not a new thing.

And yet, we seem to be unable to live with them now. What is going wrong? If one in three women is now unable to give birth without surgical assistance. If 70% of women have fibroids. Something is out of balance. Inside. And outside.

Think for a minute: what does this mean for women?

The womb is intimately connected to fertility, to creativity, to sexual pleasure. The womb is a major hormone producer, and its structure key to a woman’s posture, balance and the support of her other organs.

Firstly we ignore our wombs, breasts and genital health until our bodies are screaming at us, and our symptoms are big. Either through numbness, or embarrassment, or lack of awareness. We tend not to prioritise our feminine health. We lack the culture of being able to talk with ease and openness about our bodies.

When we do approach health care providers, the care we receive often does not heal or resolve the issue, simply address the major symptoms. Treatment is often painful, invasive and traumatic, leading to further issues. It is usually delivered in a way that does not understand or value the holistic nature of the womb and its cycles. Or our symptoms are ignored or downplayed as “women’s problems” or psychosomatic.

Without wombs, human life on this planet cannot continue.

That is the biggest picture.

But the smaller picture is this – each woman who is in pain, who is suffering each month, is a woman whose energy is not fully there for herself, for her loved ones, for her work that she gives the world.

Our health and fertility is important – not only to us, but to our families, communities and even our economy.

We live in a culture that is dictated by sun-time. By man-made weeks and months. In which we are expected to work 9-5 for five days a week, and be the same every day. But as women, we are powered by something different. We live by moon time: the 29 day cycle of the moon, which dictates the length of our menstrual cycles.

Just like the constantly changing phases of the moon, the energy in our cycles is always changing, shifting us through different moods, capabilities and physical issues. We are very different creatures at each part of our cycle… and at each part of our fertility process: menstrual, pregnant, breastfeeding, menopausal. And yet our world, especially the world of work, has been set up by men, whose bodies are not cyclical in the same way as women’s. Women have entered this man’s world, and have been expected to prove themselves worthy to be part of it. Not weak. Not unreliable.  And so we have learned to shut down our sensitivity, our awareness of our cycling selves. In exchange for acceptance, belonging or survival.

Look Out for Part Three next week…

Over the next few weeks I will be sharing the Bonus chapter that never made it into the new version of my Amazon #1 bestseller in menstruation, Moon Time: harness the ever-changing energy of your menstrual cycle.

Here is part one: Welcome to your Womb…

As women raised in industrial societies, we have been taught to ignore and hide our embodied processes, rather than learn from them.

Emily Martin, The Woman in the Body

What do you think of when I say the word womb? Is it something you identify with? Or is it an abstract concept, a hazily remembered diagram from biology textbooks? Do you have a felt sense of your womb? How often do you think about your womb? Most of us are only aware we have them when they are causing problems: menstrual cramps, contractions during birth. Otherwise we just ignore them.

Out of sight, out of mind.

Which is a little unfortunate, bearing in mind that the womb is considered by many healing systems to be the central node of the feminine energy system. In yogic traditions, it lies at the heart of the second chakra. It is often referred to as a woman’s second heart, and many believe it to be central to all her creative functions – not just her fertility, but also visioning and artistic abilities. It is said to be a crucible for her powers, and where a woman’s sexual energy is coiled.

However in Western medicine it has been perceived as a capricious organ, which is often more trouble than it’s worth. It is the cause of “women’s problems” and makes women hysterical, and non-functional. Science and medicine has never really felt at ease with the womb throughout their history, and their focus has only been on its reproductive functions. Or rather dysfunctions.

The womb tends to be seen as no more than a piece of meat. One that can carry babies. But other than that is essentially redundant. However research is now showing what other traditions have understood for centuries: that the womb is central to a woman’s bodily processes. It has an impact on our heart’s health, blood clotting and sexual health. The womb is intimately interconnected with the body’s structural, hormonal and postural abilities. Says Dr Eve Agee,

“Everything is interconnected. If your uterus is depleted or removed, it cannot function properly to help create wellness in other areas of your body.”

Womb wisdom is a foreign language to most of us… we were not taught it. And so we are silent. And numb. Out of touch with our bodies and their wisdom. But embodied knowledge is our mother tongue… we just have to reawaken our latent memories and regain our fluency. Learning to celebrate your cyclical nature will naturally lead to a greater sense of ease, wellbeing, physical and emotional comfort which will spill out into every area of your life.

Read part two: A War on Wombs, next week… 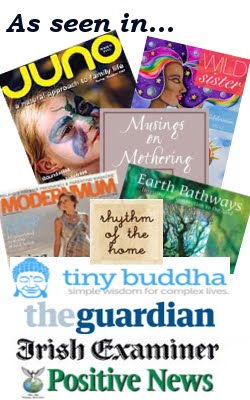